Colourise History - A portfolio of sympathetically colourised Historical photographs from Doug Banks. close
← US Navy Pilots (previous entry)
(next entry) ‘The Battle of the Lys’ →

Stewartina Edmond Merson was born in Banchory in Scotland in October 1886 and joined the Post Office service in 1903 as a Learner. By 1907, she was a Switch Board operator and Telephonist in Aberdeen.

In 1917 she joined the WAAC most probably as a Telegraphist and worked in the Boulogne area – as Forewoman Merson, no. 993, Unit 3 Army PostalOffice. (‘Forewoman’ was the equivalent to a NCO Sergeant)

The studio photo was taken by Henri Caudevelle who was based in Boulogne. Stewartina’s uniform shows the Signal Corps blue and white armband and the stripe on the epaulette would have been brown for a clerical worker or claret for a driver (indicated by the leather gloves). 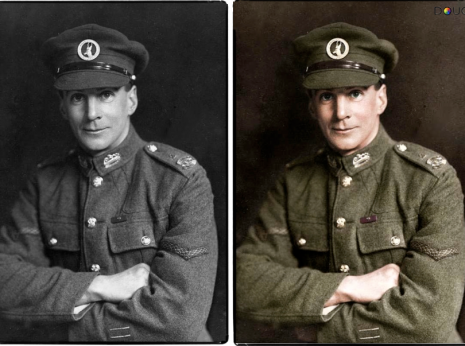 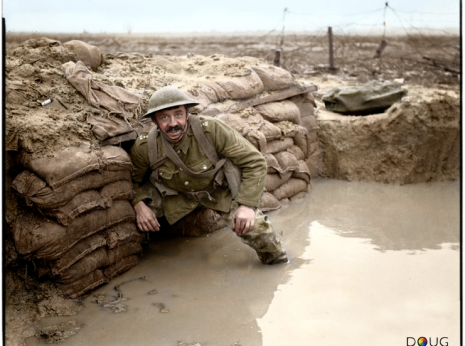 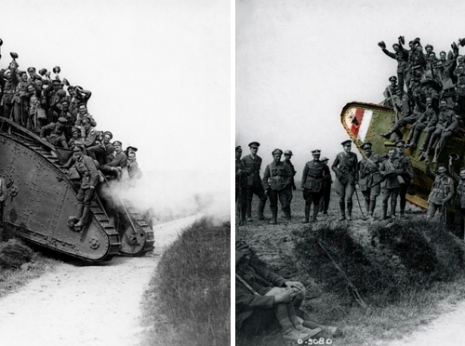 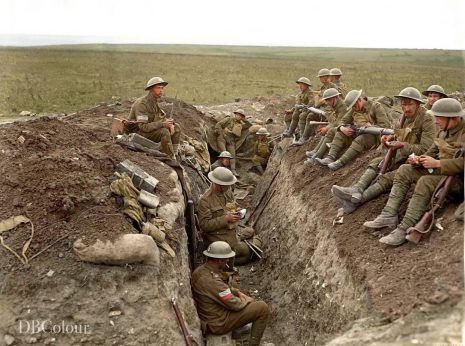