Portrait of Sergeant John Geary, Thomas Onslow and Lance Corporal Patrick Carthay, 95th (Derbyshire) Regiment of Foot, wearing their packs and equipment c. 1856. After Inkerman, during the Crimean Campaign, the regiment was reduced to less than a hundred officers and men but continued to serve in the trenches, which led to their nickname that: “….there may be few of the 95th left but those are as Hard as Nails.” The 95th Regiment won eight Victoria Cross awards in the Crimea. (IWM Q 71638) 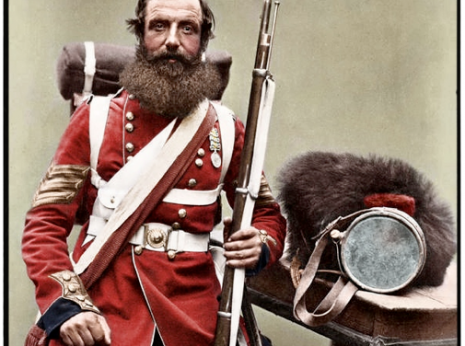 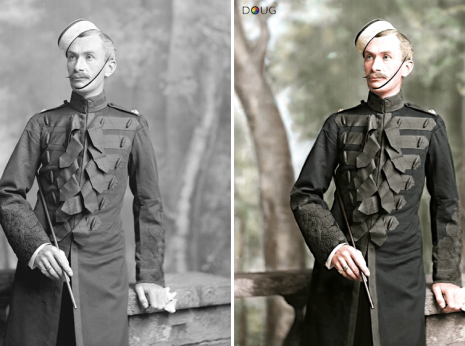